International and national labs use 3 terawatt hours (TWh) per year in Europe and 4 TWh/yr in the United States. The European Spallation Source (ESS), a neutron source to be built in Lund, Sweden, intends to use only renewable energy sources to power the accelerator and the lab and 70% of the energy that it consumes will be recovered as usable heat.

Most facilities waste heat. CERN, the European high-energy physics laboratory near Geneva which includes the Large Hadron Collider (LHC), generates waste heat that could be used for heating, but instead it has a separate source of heat. The spallation neutron source at Oak Ridge National Laboratory in Tennessee cools its equipment using a cooling tower, and then uses gas-fired boilers to heat its building.

The ESS will plug in to the city of Lund’s district heating system, which operates a network of hot-water pipes under the entire city and a neighbouring community 20 kilometres away. It is estimated that the ESS will produce 180 GWh of heat per year, of which about half will have a high enough temperature to go directly into the district heating system, and the rest will be heated so it can be used the same way.

A team at the TRIUMF particle accelerator at the University of British Columbia in Vancouver, Canada, is looking at whether waste heat can be used to heat residential buildings on campus. But because the buildings will not require heating in summer, TRIUMF will still have to install back-up cooling devices so the capital investment required will be not be reduced, though there are expected to be operational cost benefits. As a rule of thumb, it is better to be energy efficient in the first place than to recycle because electricity is about 2.5 times more valuable than high-grade heat.

Helmut Dosch, chair of the board of directors of the German accelerator complex DESY, has called for national labs to get involved in the Desertec project

as a source of renewable energy. Desertec supports the development of solar power plants in north Africa with high voltage DC transmission lines to carry the power to European consumers.

The cryosphere and climate change – An EC perspective on the evidence presented in IPCC’s 5th Assessment Report Author: Rick Higgins – Published At: 2014-11-16 11:08 – (4973 Reads) The term cryosphere refers to those parts of the Earthâ€™s surface where water is in solid form. This includes ice in glaciers, ice sheets and sea […] Read More

Published by geoff on 2016-12-10 The Canadian government has announced a a pan-Canadian policy on climate change including a floor price on carbon beginning in 2018. The Paris agreement commits Canada to a 30 per cent reduction in greenhouse gases from 2005 levels by 2030. The floor price of carbon starts at a minimum of […] Read More 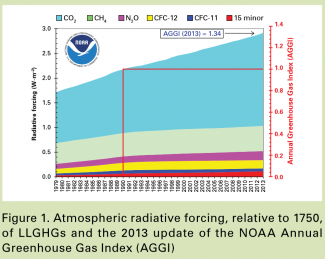 Climate change implications for fisheries and aquaculture Author: Rick Higgins – Published At: 2012-03-20 08:52 – (1203 Reads) Climate change is bringing substantial changes to the worldâ€™s capture fisheries, which are already under stress from overfishing and other anthropogenic influences. Inland fisheries â€“ most of which are in developing African and Asian countries â€“ are […] Read More
See a complete list of What's New