The main components of the cryosphere are defined, described and analyzed in chapter 4 from the perspective of the environment under the following categories.

The top half of the following graphic shows the general geographic occurrence of each of the components.

The bar chart on the lower half of the graphic provides an indicative range of the time scale each component of the cryosphere remains in a frozen state. Eg snow normally remains frozen from hours to a few months, whereas ice in glaciers remains frozen for periods of up to centuries (or more in some cases), and ice in the Worldâ€™s two ice sheets can remain in the frozen state for thousands of years.

Relevance of the cryosphere in theÂ environment

Changes in each component of the cryosphere can have significant and lasting impacts on physical, biological and social systems. Some examples of such affects include :

Ice on land and the sea level equivalentÂ (SLE)

The Antarctic ice sheet contains by far the Worldâ€™s largest area (8.3% of the Worldâ€™s surface) and volume of ice. As indicated in the following table if this ice sheet were transformed (melted) to water, the ocean level would rise by some 58 metres.

Melting of the Greenland ice sheet would raise the ocean level by more than 7 metres. In comparison, if all the Worldâ€™s glaciers (outside Antarctica and Greenland) melted they would contribute less than half a metre the ocean level.

Sea ice in all its forms (including sea ice and ice shelves) covers between 4 and 7% of the global ocean area. The difference depends on the time of year with annual autumn/winter and spring/summer melt cycles.

The Antarctic ice shelves (ice over ocean still attached to Antarctica) contain by far the largest volume of ice at around 380,000 cu km. The Arctic sea ice by comparison contains around 13 to 16,500 cu kms of ice (with wider variations across the seasonal cycles than the variation in the Antarctic.

Glaciers have been major contributors to sea level rise and ice mass loss from glaciers has increased since the 1960s. As indicated in the

following graph and table the actual loss rates from glaciers (outside Greenland and Antarctica) have accelerated from 0.76 mm per year SLE during the 1993 to 2009 period to 0.83 mm per year SLE over the period from 2005 to 2009.

As indicated in the following two graphs and

the table, the ice sheets of both Antarctica and Greenland have been losing mass and this has contributed to sea level rise over the past 20 years. Further, this rate of total loss has accelerated from both ice sheets over this period.

These losses are (very high confidence) mainly from the northern Antarctic Peninsula and the Amundsen Sea sector of West Antarctica.

The extent of summer sea ice decreased (very likely) in the range 0.73 to 1.07 million km2 per decade.
The most rapid average decrease in decadal mean extent of Arctic sea ice has been in summer (high confidence), but the extent has decreased in every season, and in
every successive decade since 1979 (high confidence).
Mean sea ice thickness decreased by 1.3 to 2.3 m between 1980 and 2008.

There is high confidence that there are strong regional differences in this annual rate for the Antarctic, with extent increasing in some regions and decreasing in others. The observed positive trend of sea ice extent in the Antarctic that was regarded as small and insignificant in AR4, has persisted, and increased slightly to about 1.5 Â± 0.2% per decade. The higher-than-average Antarctic sea ice extent in recent years has been mainly due to increases in the Ross Sea region, which more than offset the declines in the Bellingshausen Sea and Amundsen Sea areas. (Antarctica is the fifth largest continent with an area of almost 14 million sq km, of which some 98% is covered with ice. By comparison Europe has and area of almost 10 million sq km and Australia 7.7 million sq km.)

The winter duration of lake and river ice has been affected by increasing delays in autumn freeze-up which has been generally proceeding more slowly than advances in spring break-up. Evidence indicates in the northern hemisphere the trend for a later autumn freeze and earlier spring breakup is accelerating.

During the period 1967-2012, snow cover extent in the Northern Hemisphere did not show a statistically significant increase in any month.

Terrestrial permafrost covers a total area estimated at between 13.2â€“18.0 Mkm2. This is around 9-12% of the global land surface. These figures do not include permafrost beneath the ice sheets.
In addition to permafrost, seasonally frozen ground which is referred to as the active layer of permafrost, is the top layer (eg soil or peat) which thaws in summer and freezes again in winter. This active layer covers around 48.1 million sq km of the global land surface of the Northern Hemisphere.

Both the temperature and extent of permafrost are highly sensitive to climate change. Permafrost thawing exposes previously frozen carbon to microbial degradation and releases radiatively active gases, such as CO2 and CH4, into the atmosphere. The frozen organic soils of permafrost contain considerable quantities of carbon, estimated at more than twice the amount currently in the atmosphere.

contains additional information and illuminating graphics on several important components of the cryosphere. This is an EC article which summarizes and provides links to other sources on the cryosphere including a link to the 2008 UNEP report “Global Glacier Changes: facts and figures”.

Environment Counts | WHO links 23% of global deaths to the environment :

Published by geoff on 2013-12-21 The North Pacific subtropical gyre (NPSG) is a major source of carbon and other nutrients to the deep ocean. Primary production in the NPSG has increased in recent decades due to a shift in the dominant forms of plankton to nitrogen-fixing. As a proxy for nitrogen-supported nutrient production in the […] Read More 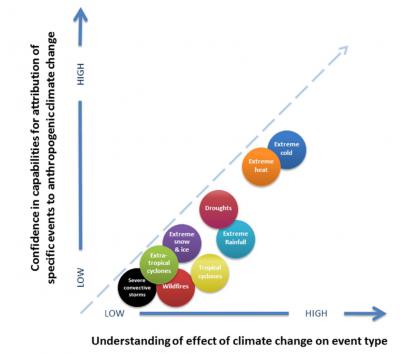 A source of independent, understandable andevidence-based information and insights on a range ofcurrent environmental matters, assisiting people to maketheir own judgments. We do not advocate particular positions. Read More
See a complete list of What's New